skip to main | skip to sidebar

I remember the day that we got the call about Jenay's birthmom wanting to meet us like it was just yesterday.  Of course, we didn't even know Jenay was a girl yet.  Everything happened so fast. . . she was born the next day after the call and they had to change our match meeting place.  So the next day we went to the hospital to meet T.  We still didn't even know if she had a girl or boy yet.  T is very quiet and not much was said so we had no clue what to think.  We even got to meet baby Jenay before we left.  The next day we had a phone conversation with T and about an hour later her social worker called us and asked us when we could come pick the baby up.  There was just a little bit of chaos and we were still unsure if we were being chosen, or if we were kind of just being placed so baby wouldn't have to go to foster care.  Due to the complexity of the situation, we knew that it would be some time before we would be out of legal risk and the longer Jenay was with us, the harder it became to face the reality that as long as we were in legal risk, her first momma could choose to parent her--meaning we would lose her.  It's difficult to grieve that thought when you know that a birth parent is actually experiencing that grief.  A birth parent that you love and deeply care for.  A first parent that you want to hold tight to and make all their problems disappear with the blink of an eye.  But yet, you don't want to lose that child that you already love so deeply, who is already a part of your heart.

Our agency has a "glimpse" of waiting parent's profiles online.  You can't see the entire profile, but most of us on there have links to blogs or adoption sites with more information.  We were on the up and up of openness and actually linked ours to my blog.  When a family is matched--the agency will put that by their names.  When they are out of legal risk, they will say, "Congrats on the arrival of a _________!"  (Girl or Boy, obviously).  I remember seeing "Matched" by our names after about a week and bursting into tears because the reality of being in legal risk for a long time finally hit me in the face.   We breathed, sighed, slept, ate, tried not to think about it, prayed God would have His will be done--sooner than later--kept on living, breathing, sleeping, eating, taking care of babies and a gazillion other things on top of that.  We have certainly been on a journey that is far from over, but has already brought us more than we could have ever imagined.  On Wednesday, November 3, at 4:31pm, we were officially out of legal risk. We can now petition the court to officially adopt her.   A new beginning for all of us.

But something was still missing. . . .

Until I visited the LSS Waiting Family site today and saw those sweet beautiful words written by our names, "Congratulations on the arrival of a girl!"  Even though she has already been with us for eight months those words rang loud and clear that she is here to stay and that her and her beautiful birth mommy will always be a part of our lives!  Thanks be to God!
Posted by jodilee0123 at 12:37 AM 4 comments:

jodilee0123
I am finally a mom of THREE and totally love every second of it!! I never imagined I would have this life and will live to cherish every moment!

Through a child's eyes 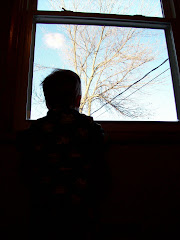 It sure is a big world out there!!